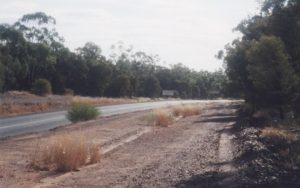 Alpha and Jericho are two small towns in central western Queensland located either side of the Great Dividing Range. They were established  as terminuses as a railway line was constructed westwards from Rockhampton during the 1880s. The towns developed as rural centres for an extensive rural area. European pastoral settlement preceded the arrival of the towns when large blocks of land were licensed to raise cattle and sheep from the 1860s.

The Jericho Shire Council was the local authority governing the area of 22 888 km2 from 1916 to 2008, since when the area has become part of the Barcaldine Regional Council.

Approach to the Study

The people of the area who have featured in its history are central to this study covering the first 100 years of European settlement – 1863 to 1962. It will be a starting point for follow-up on-line searching for more details about the people or the history of the area.

With data sets under various topics, it will become a home for the many names revealed through my researching the history of the area, published as Crossing the Divide, Barcaldine Regional Council, 2013.